Meet single waifu girls in your area and solve the puzzle of anime dating games.

Eroblast: Waifu Dating Sim MOD APK from Vivid Games S.A will bring you to the sexy world of dating the most charming girls just through messages. Try it, and you will immerse yourself in a maze of emotions.

“Above friendship, Under Love” with charming girls.

Dating via text is classic but still the most attractive

The Dating Sim game genre is very popular on mobile because of its compactness, simplicity, and attractiveness, which can attract any player. You can rush into any relationship, satisfy all your curiosities, and go to the extremes of your imagination when you get to know a person in the game. There are many ways for a Dating Sim game to lead the story and increase the player’s closeness to other imaginary characters. But one of the coolest and most trendy ways, in my opinion, is through phone messages.

Chatting, approaching, slowly understanding, and flirting with each other via messages will bring about many different emotional climaxes. Sometimes you feel curious, sometimes excited, sometimes calm, sometimes even angry, and crazy. Usually, dating simulation games will incorporate an interactive style. This means that in some important situations, you will have to choose one of the solutions that the game suggests in the messages. These knots will lead to major decisions of the character and affect the entire progression later.

The ingenious arrangement of situations and dialogues on the character’s messages, and the way to give reasonable suggestions, are a measure of the attractiveness of a dating simulation game. And the truth is that there are not too many games that do the above naturally, smoothly, and attractively. And today I want to introduce to you one of the best dating simulation games I have ever played, Eroblast: Waifu Dating Sim.

The story simply revolves around a rather boring male student who has the habit of writing a diary every day. One fine day, for some reason, all the 5 most beautiful and charming famous girls in school in turn appeared and invited him to join the music club. They are a charming bishoujo girl, a sexy klutz anime, a cool biker, a cute girl, and a mysterious artist. That’s the excuse for all the texting and dialogue between the boy (you) and those beautiful girls later.

Your operation throughout the game is just select when there is an interactive situation when texting and touch the screen to move the colored blocks when playing match-3. As easy as ever, right? Importantly, to do those things, you need great motivation.

Like every other Dating Sim game, in Eroblast: Waifu Dating Sim, you play as a male player, surrounded by female characters. You just need to choose the girl you want to get to know and start chatting with her via text message. You will have some dialogue choices and some quests as well as some rewards after completing them.

For example, when chatting with Olivia, a classmate, you will be led to a situation where she wants to send you a photo showing off her sexy figure in the dress you gave her before. To see that hot picture, you will have to pass a match-3 challenge. The picture to be received will really make your red eyes and stir your heart.

How is it different from other dating games?

The first good thing in Eroblast: Waifu Dating Sim lies in the smooth messaging system, which both gives players the opportunity to choose important lines to lead the situation to their liking and lets the player play gentle, beautiful match-3.

Do you know the logic of “You must work to have something to eat”? If you want to feel the excitement in the classic flirting scenes, you have to try hard. But don’t worry! Because the match-3 games here are quite easy. You just need to look at it carefully a bit and it will be solved within a few notes. The level is a bit more difficult later on, but compared to the sweet fruit waiting ahead, it’s nothing. In addition, the mini-games themselves are also designed to be quite good-looking, which I believe can give you a lot of excitement.

The next interesting point of Eroblast: Waifu Dating Sim is probably in the ability to make love chemistry in the dialogue. Just by texting back and forth, you can flirt and watch how the two characters slowly build a relationship and take the relationship to a new level of intimacy. If you’re still in FA, it can be used in real life too.

But the key is the depth of the stories that lie within. Every girl has a story. So, to really become friends, then make more deeply the feelings (above friendship, below love), and finally choose whether to commit in a real love relationship or not, you have to learn about her a lot. Thereby, each person’s story will gradually be revealed. To get her love, what you need to synchronize is her soul and thoughts.

For example, Mel is a girl with a simple and lovely appearance. But she is suffering from severe psychological trauma and needs a lot of advice from a reliable person who is you. Saki is a social-network girl, with a huge number of followers and a beautiful body, dreamlike face. But that’s just the appearance, inside her is a wave of inner turmoil with a lot of obsessions. She cannot even find a true friend to share…

Going through each story in turn, maybe you will probably see a silhouette of your real friend. And maybe your decision in behavior in the game will probably give you a solution that matches your friend in reality.

The game has successfully built a cast of beautiful, sexy characters. Although the graphics are only 2D still images, that’s enough to make you excited. Each person has a good story. The way the game leads the story, highlights the key points, and makes ingenious, natural message dialogue is so subtle and gentle. The important thing is that the sexy image of the girls is worth it for you to work hard in countless match-3s. Believe me!

If you still don’t believe it, play Eroblast: Waifu Dating Sim right away to verify! 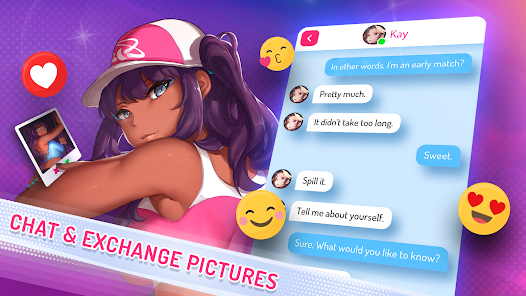 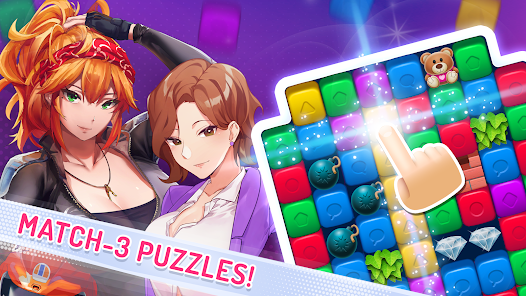 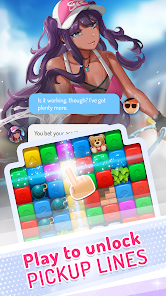 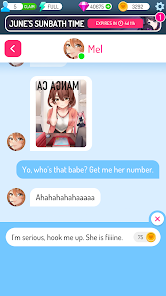 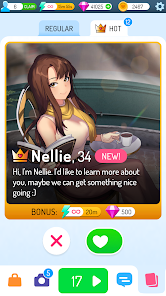 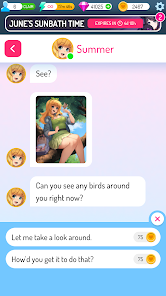 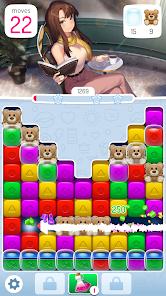 More from Vivid Games S A