This version of Facebook uses less data and works in all network conditions.

Facebook is a social networking application that is too familiar to everyone in the world. This social network helps us to connect with family and friends around the world quickly and easily. Moreover, it is now even easier and faster with Facebook Lite APK, still Facebook but this version is lighter and more optimized, helping to operate smoother on low-end Android devices.

Facebook has become an important part of our lives. According to statistics, currently, nearly 2.5 billion people are using this social network. With such a huge number, Facebook is constantly updating its new versions with more different features to give users the best experience. However, this accidentally made it difficult for some users as such an update would consume too much space on their phone. Facebook even becomes overloaded for some weak-configured Android devices.

On demand, some users just need the basic features of Facebook, not new features. More importantly, in many parts of the world, people do not have modern smartphones and a stable internet source. Facebook wants to do something to connect with them and Facebook Lite is the solution to this problem.

Facebook Lite is an application developed by Facebook with the same basic features of this social network as texting, newsfeeds, commenting… but will not be as complete as Facebook. However, this application can still be used on phones with weak configurations or with unstable internet connections. Facebook Lite was launched early last year in several countries such as Bangladesh, Nepal, Nigeria… and is now developed globally. The app is currently supported only on Android devices.

First, in terms of capacity, because the main purpose of Facebook Lite is light, simple, optimized, so the size of this application will be much lighter than Facebook, specifically about 1.57MB. This will help a lot for the low-cost phones with weak configurations. Even, Facebook Lite can work on devices no longer supported the original application.

Because it is designed for use on low-profile phones, Facebook Lite can still operate smoothly even when the network connection is slow or unstable like 2G, which is the type of network used in some countries. Not only that, Facebook Lite also updates very quickly the statuses, stories on newsfeeds and messages from friends.

About Account Interface, this application still provides users with features such as live video, events, groups, … but will not have new features on Facebook such as dating, jobs, friends around… However, Marketplace on the app retains the same features as on Facebook.

As for the home page interface, Facebook Lite basically retains the interface of Facebook. However, text and icons are smaller and not have its own personal page shortcuts. Along with that, the size of the toolbar and the color are lighter than Facebook.

For the videos, Facebook Lite uses less data so the video quality will not be of the same quality as Facebook. Users will not be able to adjust the high resolution, automatically play video or load HD image quality… However, in return, the videos will still be able to play even when there is a poor internet connection.

Another rather regrettable thing of Facebook Lite is that this application is currently only supported on the Android platform.

Facebook Lite is a choice that cannot be more suitable for those who are using phones with weak configurations or slow network connections. Facebook Lite does not completely replace the two apps Facebook and Messenger, but also ensures to provide users with the basic features of the two applications. 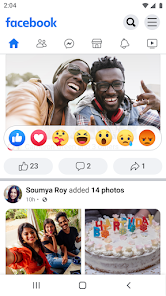 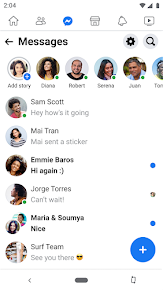 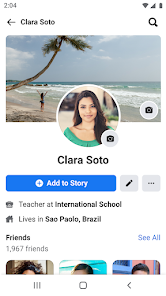 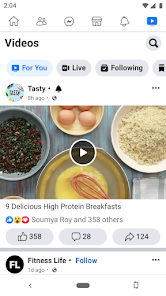