6.1.8
1. Kernel zips are now cleaned from the internal files dir after using Manual Flasher
2. Wakelocks list now show up even if the Kernel doesn't support blocking them
3. Updated some layouts
4. Updated dependencies

Do you know that even when we put the mobile device to sleep, some background tasks still run, and it even consumes a lot of resources? In such cases, you need to be aware of those tasks to turn them off, both to save battery power and to save some incurred costs such as bandwidth and data. Franco Kernel Manager APK has been developed for that purpose. It can give you statistics on both the hardware and software running on the device. Thanks to that, you can control your device better.

Franco Kernel Manager has a lot of functions and managers included. You can view statistics on the CPU clock, uptime, ZRAM, GPU, BUS, Battery, Wakelocks or the cores on the CPU. The parameters of each type are retrieved and statistically quite quickly. That is probably the strong point of Franco Kernel Manager compared to other device managing tool.

Manage and save battery power

Battery is one of the key elements of a mobile device. Saving battery will bring a longer usage life, help batteries have a longer lifespan, minimize the need to replace batteries because it is swollen, unstable or broken. Franco Kernel Manager will help you monitor your battery as closely as possible. Specifically, the application shows which apps on the device are using the battery, consuming a lot of battery and how much time is used for each type. You will know the applications and tasks running in the background to turn them off.

In addition, Franco Kernel Manager also has a working time count mechanism when you open the device, with the amount of battery consumed during that time. It will make a prediction of the remaining usage based on the current battery power level.

Franco Kernel Manager provides you with a control panel where you can view the parameters of the active hardware and software components of the device.

With a CPU, for example, you can see its clock level over time. Of course, the CPU cores are listed with the same specs. These are monitored in real time.

And thanks to root privileges, Franco Kernel Manager can deeply interfere with the operating system and the operation of the hardware. Through the control panel, you can interact directly with your device, setting parameters for operations. For example, set the maximum CPU clock speed and maximum RAM usage when you are playing game. It is done simply and quickly.

Besides the aforementioned features, Night Shift is also a unique feature that I want to mention in this article. Night Shift is the setting for the screen. The screen will automatically turn yellow (the level can be set arbitrarily) according to the schedule you have set earlier. The fact that blue light (the default light mode) is very harmful to vision when it’s dark, and Night Shift will remove that blue light, making you feel softer in use.

Franco Kernel Manager will help you manage your Android device better. You will know how the device works, how consuming resources, battery status. Based on that, you will adjust the necessary things to improve the longevity of the device. 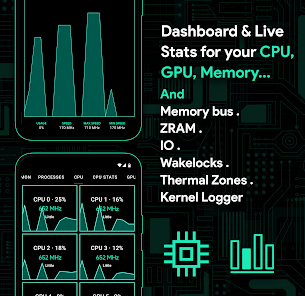 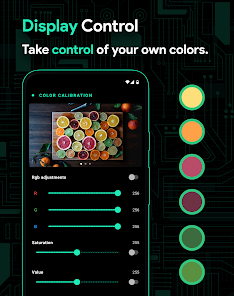 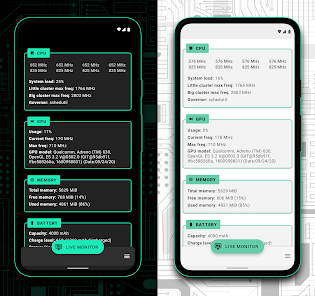